In the concrete jungle, spotting even the tiniest weed pushing its way through a sidewalk crack has been shown to reduce stress and positively affect mood – a reminder of how deeply connected we are with the natural world. Of course, the ancients already knew this. For much of history, the vital energies of plants have been harnessed to fortify body and mind: natural oils of ancient Egypt that prevented sunburn; pomegranates of classical Greece whose antioxidants staved off premature aging; and gotu kola, a staple herb in traditional Chinese, Indonesian and Ayurvedic medicine that’s said to have many benefits, including the stimulation of collagen.

Picking up where Cleopatra left off, botanicals have enjoyed a recent renaissance, gaining momentum as natural beauty treatments. A comprehensive list would fill this magazine, so we chose 10 essential ingredients that have found their way into many products and treatments – for good reason.

A flowering plant that originated in eastern Asian, Cannabis sativa recently achieved pop star status in Canada with the legalization of marijuana. The recent hoopla over its use as a drug has eclipsed its long history as a source of fiber, food and medicine – a repertoire that today includes the use of cannabis oils in the cosmetics industry. Among the hundreds of chemical compounds in the plant, two have gained the most notoriety: THC (delta-9-tetrahydrocannabinol) for its intoxicating effects and CBD (cannabidiol), which is largely non-psychoactive. Cannabis that contains very low amounts of THC is classified as hemp. You’ll find hemp oil from seeds in protein supplements, hydrating lotions and soaps; and, CBD oil from the flowers and leaves, primarily in medicinal products, such as those treating inflammation. A natural moisturizer, hemp seed oil is rich in antioxidants and omega-6 and omega-3 polyunsaturated fatty acids. In fact, it’s the only edible oil that contains greater than 80 percent polyunsaturated essential fatty acids, plus high levels of vitamin E, a powerful antioxidant. With the esthetics industry raving over cannabis oils, it’s no wonder that Ontario’s Ste. Anne’s Spa recently launched its Canna-Massage, a treatment that features hemp CBD-infused Relax Massage Oil. The only “high” that clients can expect from this massage comes from the natural release of endorphins.

With its soothing effects, it’s no surprise that over one million cups of chamomile tea are consumed worldwide each day. But there’s more to it. Chamomile, a.k.a. Matricaria, is one of the most ancient medicinal herbs known to humankind. The principal components of the oil extracted from its delicate, daisy-like flowers offer moderate antioxidant activities and potent skin-soothing action. According to Cara Skin Care – which sells a wide range of chamomile-infused products as part of its “bio-botanical” line – this power-packed ingredient offers antiseptic, anti-inflammatory and healing properties, relieves skin congestion, has softening and anti-aging properties, is an antioxidant and antimicrobial, neutralizes free radicals, aids in helping acne, rashes, eczema, and psoriasis, and benefits sensitive skin. Be careful if you are allergic to daisies or ragweed, however; it belongs to the same botanical family.

Raise a glass to grape seeds. Derived from both green and red grapes, this non-fragrant plant oil has strong antioxidant properties, with a thinner texture and less greasy feel compared to highly saturated oils such as coconut. Its viscosity and nutrient-rich fats have made it a popular base for cosmetic products. A high concentration of essential fatty acids is complemented by an abundance of beta-carotene and vitamins D, C and E, as well as polyphenols known for their anti-inflammatory qualities. It’s great as a moisturizer but also works well as a toner. Studies have shown it can boost collagen in the skin. Grape seed oil is a common ingredient in serums and creams, including many of those by Canadian plant-based skincare favourite, Saje.

Pure gifts from the ocean, seaweeds and algae offer more vitamins and minerals than any land-based plant, with an array of unique, skin-loving bioactive compounds. These chlorophyll-containing plants come in all sizes and shapes and present many antioxidant and skin-soothing properties. Some forms of algae, such as Irish moss and carrageenan, contain proteins, vitamin A, sugar, starch, vitamin B1, iron, sodium, phosphorus, magnesium, copper and calcium. Most ocean flora are beneficial for skin, as emollients, soothing agents or antioxidants. New research shows that forms of brown algae hold promise for improving the appearance of aging skin. For a divine marine spa experience, Ancient Cedars Spa at the Wickaninnish Inn in British Columbia features Seaflora Skincare products, which are based on raw, certified organic seaweed (and are a Spa Inc. staff favourite).

You may not like spinach in your teeth, but you’ll love it on your skin. As a superfood that’s loaded with vitamins and minerals, it is quickly taking centre stage in the beauty market with spinach-infused creams, serums and oils that promise to boost hydration and fend off free radicals, rejuvenating skin and enabling it to recover from sun exposure. Consider that ingesting only 100g (23 calories) of raw spinach provides almost double the daily vitamin A requirement, and provides about half of your daily vitamin C, almost a quarter of magnesium, and substantial amounts of iron, calcium and vitamin K (at 600 percent of the daily value) – it isn’t surprising that spinach is as good on your skin as it is in your stomach. Quebec-based OCCY Laboratory’s Aquafolia developed its Spinach Delight Lip Balm to reduce wrinkles while moisturizing lips. An American company founded in 2015, Espinache (www.espinache.com), produces a full line of vegan, handmade body and skincare products based on organic spinach.

A symbol of enduring love, this soft-petal flower and its extracts have been used to pamper, rejuvenate and protect for millennia. Beyond their heady fragrance, two species of rose, Rosa damascena and Rosa centifolia offer compounds that can be applied in the form of skin-soothing, anti-inflammatory and hydrating oils or water-based astringents and anti-bacterials. Brimming with vitamins, rose helps balance the skin’s pH level. A common ingredient in treating eczema and rosacea, rose is found in such products as Alpha-H’s Liquid Gold Rose and Korres Wild Rose Vitamin C Active Brightening Oil. To seal the deal, there’s also a rose-infused post-cleansing spritz, Rose Hydrating Mist by MV Organic Skincare.

For thousands of years, the rich gold turmeric root has been recognized for its many medicinal qualities, far beyond that of an exotic culinary spice. It has the ability to reduce inflammation and smooth over and reduce puffiness, making it a favourite for those suffering from psoriasis and acne scarring. Turmeric improves your complexion by soothing irritation and eczema flare-ups, preventing and treating acne while boosting your skin’s glow – although if used topically, it can stain the skin yellow. Its main constituent is curcumin, an antiseptic, antioxidant and anti-inflammatory that neutralizes inflammation-causing enzymes and fights the bacteria that can cause blemishes. Widely used in Ayurvedic and Chinese medicine for gastric issues, turmeric is also said to purify blood and inhibit hair growth. Kaia Naturals is a Toronto-based “indie eco-beauty brand” that produces a Turmeric Hot Bath soaking salt to aid in detoxification and reduce muscle inflammation, while Hawaii’s Mahalo Skin Care is a botanical-based brand that incorporates turmeric in many of its masks and serums.

Oh, Canada! It turns out the spectacular Maple tree in your backyard does more than just look pretty in the fall. Its sap, beyond tasting good on pancakes, has been used to exfoliate, firm and hydrate skin. And last year, researchers found that extracts from red maple leaves offer a potent new topical treatment for skin, erasing fine lines, bolstering elastin and protecting against inflammation. With over 90 percent of Canada’s maple products coming from Quebec, both spas at the Fairmont le Château Montebello and the Manoir Saint-Sauveur have capitalized on this glorious gold rush, offering customized facials and maple sugar body scrubs using B. Kamins Bio-Maple compound.

Stem cell technology is the latest wunderkind in the fight against aging, and exuberance is growing over plant stem cells as a skin regenerating powerhouse. Two of our favourite sources include the Argan tree and the Uttwiler Spätlauber apple. Argan tree stem cells (not to be confused with argan oil) stimulate activity at the dermal level, increasing the creation of collagen-producing cells and improving connective tissue fiber support. The ability of a rare Swiss apple, the “Uttwiler Spätlauber,” to remain fresher longer than other varieties led Mibelle Biochemistry to explore the apple’s stem cells and age-defying qualities. The company launched its PhytoCellTec, a preparation of the apple stem cells, in 2008. Such phyto stem cells have been snapped up by cosmetic companies around the globe, for creams and serums, like those offered by Pevonia and G.M. Collins. Another skincare company, Stemology, incorporates stem cell extracts into its entire line of products, along with aloe vera, sea kelp and many other botanicals, including cold-pressed, organic essential oils.

Aromatherapy is an integral element of most skincare products and spas, and these three – primarily fragrance ingredients – can be considered the official trifecta of essential oils. Although not officially an herb, lavender is often used in herbal medicine, and is prized for its gentle fragrance which is said to enhance sleep, lower heart rate and blood pressure. It’s actually a distant cousin of peppermint and shares qualities with rosemary. Peppermint, a hybrid of watermint and spearmint, contains 44 percent menthol, which is primarily responsible for the plant’s benefits and has been used as a remedy for irritable bowel syndrome, nausea, skin conditions and colds. Rosemary is considered an anti-oxidant and can aid in memory improvement. The volatile chemicals that give all three their potent fragrance are also capable of causing sensitivity, so caution is necessary when applying essential oils directly on skin. B.C.-based Scentuals developed its Rosemary Mint Hand Repair Cream with organic aloe, shea butter and argan oil, which moisturizes with an intoxicating burst of aroma.

Taking the Path of Greater Returns
Is it more cost-effective to keep steadfast clients or to secure new ones?
When two become one
A unique marriage of two technologies leads to amazing results, according to one dermatologist.
A gold medal massage steeped in light and ancient wisdoms
Since emerging 20 years ago as one of the first spas in the Montréal area, the clinic’s ethereal way of treating clients has earned it a reputation among Québec’s elite as a place to relax, re-energize, and rejuvenate through a unique series of treatments
anti-agingcannabiscosmeticsfoodmedi-spasmoisturizernaturalskin care 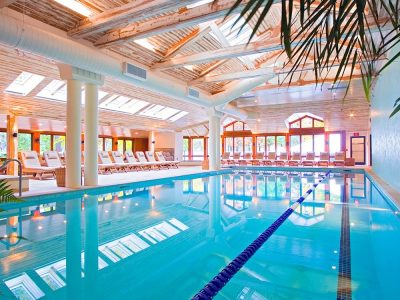 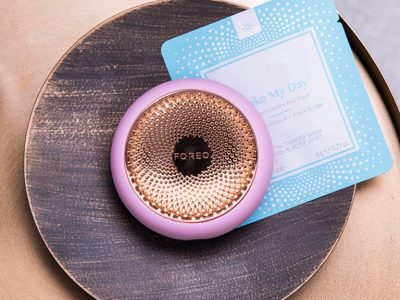 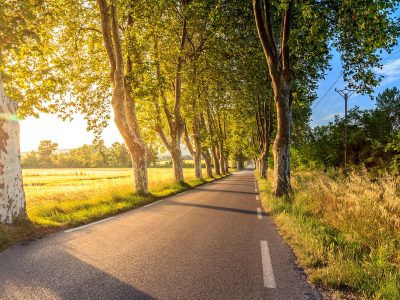 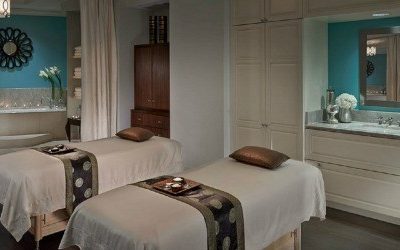 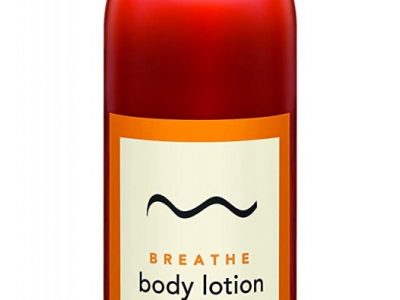 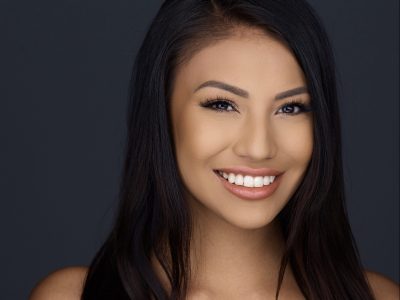