As summer hit full-swing, and only two months until the projected opening date, the Bleu Spa construction site had literally become a beehive of activity. As the finishing touches were being applied to the main building, various work groups toiled away in other unfinished areas: 1) the Turkish bath, 2) new lounge construction and, 3) landscaping and thermal baths installation.

The so-called new lounge was a last-minute replacement for the initial relaxation area above the Turkish bath. Due to both structural issues and the high cost associated with the initial lounge area, the contractor and management group opted to construct a new lounge on ground level, adjacent to the bath.

After nine months of construction, only two issues remained to be resolved. Firstly, a phenomenal rainstorm hit the Ottawa/Gatineau region on June 24, amounting to over 200 millilitres of water within 45 minutes. Bleu Spa suffered lower level flooding in the main building, resulting in a renovation of all walls and flooring on that floor. The expected two week delay in the date of opening upset plans for employee hiring and training, advertising campaigns, and cash flow projections. Even in early August, everyone was still scrambling to re-arrange the fall schedule.

The second, and perhaps, more serious concern, revolved around various construction cost over-runs. Whether the entire project had been under-capitalized, or that there were construction cost projections and/or delays which were not anticipated, no longer seems to matter. The end result was a cash flow shortage with two months left in the project, with several options to debate amongst shareholders. Either more money had to be injected into the project by the investment group, or a secured loan negotiated with a financial partner. A meeting was to be held in August with the shareholder group to resolve the issue.

In the meantime, team morale remained very high and the project still boded well. Excitement built over the summer months, and a positive vibe can be felt throughout the community. With the wind in our sails, we are targeting an early-autumn soft opening.

The Power of Vitamin D
Recent research indicates that Vitamin D stimulates antimicrobial activity and may mitigate certain types of infections.
The “C” Word: Courage In The Face of Cancer
Esthetic oncology eases the side effects of cancer.
Manning Up: How to attract male clients, and keep them
Reluctant men become loyal clients when you understand their needs and expectations.
constructionrenovationsspa business 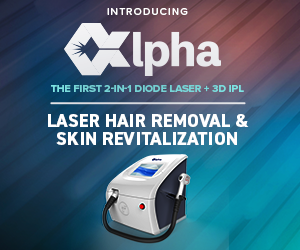