Known for its long beautiful beaches and towering rainforests on the western edge of British Columbia, Tofino and Clayoquot Sound attract almost one million visitors annually. Guests journey to the area to experience whale watching, kayaking, deep sea fishing, winter storm watching, and above all, relaxation and rejuvenation.

Little wonder then that Ancient Cedars Spa at the Wickaninnish Inn, a landmark Relais & Châteaux property, has been enchanting new and returning guests for 13 years with its carefully planned treatments inspired by nature, indigenous ingredients, and spirituality.

“Tofino is an interesting place at the end of the road, on the edge of the earth. Many people come here to find themselves, and to seek out different experiences than what they might be used to,” says spa manager Miranda J. Moore. Moore herself moved to Tofino for one year, but has stayed seven. “Creating magical experiences and memories—that’s what keeps our guests coming back.”

The only resort on beautiful Chesterman Beach, Wickaninnish Inn was voted the top-rated Canadian hotel and one of the top four resorts in North America for 2010 in Travel + Leisure’s World’s Best Awards.

Ancient Cedars Spa’s mission is “to unconditionally soothe the body, mind and soul by enveloping your being in a sanctuary inspired by nature, and to create for guests, the most unique and memorable spa experience possible.” The spa’s focus on unrivalled service and individualized experiences is manifested in several exclusive approaches and touches.

“With all of our treatments we build in extra time—we aren’t a day spa where people are in and out in a short period of time. For a one-hour treatment we build in one and a half hours of time—for the guest, practitioner, and the room,” says Moore, adding that not having to watch the clock gives the spa’s 20-plus practitioners the opportunity to spend time with their guests and create relationships.

A number of what she calls “fluffy aspects” are also incorporated into Ancient Cedars’ treatments. During a facial, for instance, practitioners spend time on different parts of the body, not just the face, in an effort to further promote a relaxing, individualized experience.

“Obviously we don’t actually mention these to guests at the time of booking—we want them to be pleasantly surprised. The goal is to wow them overall and with the little things,” says Moore.

Driven by guest demand, signature treatments at Ancient Cedars Spa are informed by the rich heritage and ingredients of the region. Moore collaborated with Giselle Martin, a local Nuu-Chah-Nulth ambassador, to create the spa’s Hishuk Ish Tsawalk Awakening Treatment. The calming full-body treatment, designed to cleanse the mind of negative influence and to achieve balance, is based on a traditional First Nations cleansing ceremony where individuals move from frigid glacial run-off streams to a steaming hot long house. Specifically inspired by the Nuu-Chah-Nulth First Nations, the treatment incorporates four cultural elements: fire (cedar smudge), water (hot and cold shower), earth (hot stones), and air (local bird feather). The ingredients for the signature treatment are indigenous to the west coast of Vancouver Island—hand-harvested seaweed and basalt stones are collected by the spa’s practitioners from the local beaches.

“It’s a lengthy treatment that is very relaxing, with invigorating portions throughout,” says Moore. “We even do a chant and smudge ceremony at the beginning and end, so it’s quite involved. Some individuals aren’t necessarily interested in the spiritual aspect of the treatment, and we can cater to that by removing certain components. But Tofino really does attract an interesting group of people that have been asking for this for a long time. It’s very well-received.”

Also among the most popular treatments is Ancient Cedars Spa’s hot-stone massage. Although offered at spas worldwide, Moore says their version, which at 90 minutes is long in duration, is also unique in another way. “Our practitioners gather their own stones and treat them, care for them, put them out under the full moon to gather energy. It’s a spiritual treatment as well.”

The spa’s salute to nature is also evidenced in its design. Indeed, the entire Wickaninnish Inn was planned to bring the outside in. Natural, soothing and earthy tones are used throughout, including a lot of wood (cedar), fur, and other materials that are indigenous to the area. Even the furniture is handmade on the island, and the chosen artwork is local.

The spa itself has a total of seven treatment rooms, two of which accommodate for side-by-side treatments. “The spa is intentionally small to promote an intimate experience. It’s not the least bit overwhelming, which benefits our many spa newcomers, and husbands who accompany their wives,” says Moore

Ancient Cedars features the Ocean Mist wet treatment room with a Vichy shower, steam shower, and hydro-therapy tub for full-body treatments. The spa also hosts daily, semi-private yoga classes in its Rain Forest Haven room outfitted with a cedar floor, fire place, and sliding glass doors that open to the ocean. Perhaps the most amazing room, which accommodates double treatments, is actually a free-standing building, built out on the rocks, called Cedar Sanctuary. The 145-sq.ft. room—all made of cedar—features an ocean-facing balcony with French doors.

“The sound and the energy of the ocean are so powerful. This is inherently incorporated into the treatment by virtue of the space,” says Moore. “It’s ambient for our guests but also for our staff to work in.”

A unique and ancient place where science and spirituality merge
A non-profit holistic centre where clients come from all walks of life and abilities to recover physically, mentally, spiritually and emotionally.
The Gentle Touch
More and more consumers embrace health and wellness beyond their doctors’ offices.
Global Wellness Summit 2020
Mental wellness takes centre stage.
hot stonehydrotherapynaturevichy 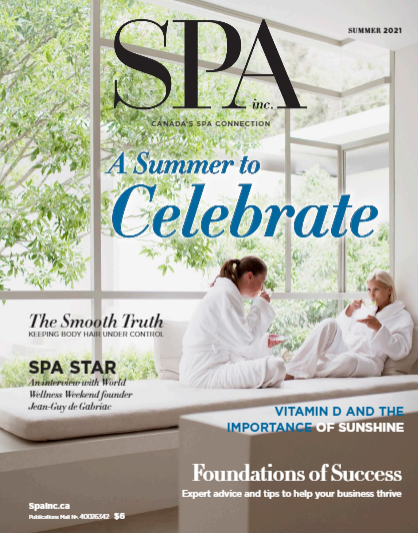 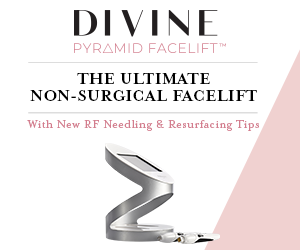